I play video games pretty regularly. So I couldn't help but notice a particular way that many video games have a leg up on the board game industry.

Most video games have a "tutorial level" at the beginning of the game. If not that, then a tutorial mode that's completely separate from the main game. Compare that to board games, which almost never have anything more than a rulebook with a smattering of examples here and there.

What video games learned about two decades ago was that a rulebook will only get you so far. To really "get" a game, you need to play it. In fact, this has worked so well for the video game industry that they all but abandoned the art of making those wonderful manuals from the games of yore.

Add to this the fact that board games are increasingly introducing single-player variants, and you can't help but put two and two together. Board games need to catch up to video games and teach players by having them play through a tutorial.

But this begs the question, what should such a tutorial look like? 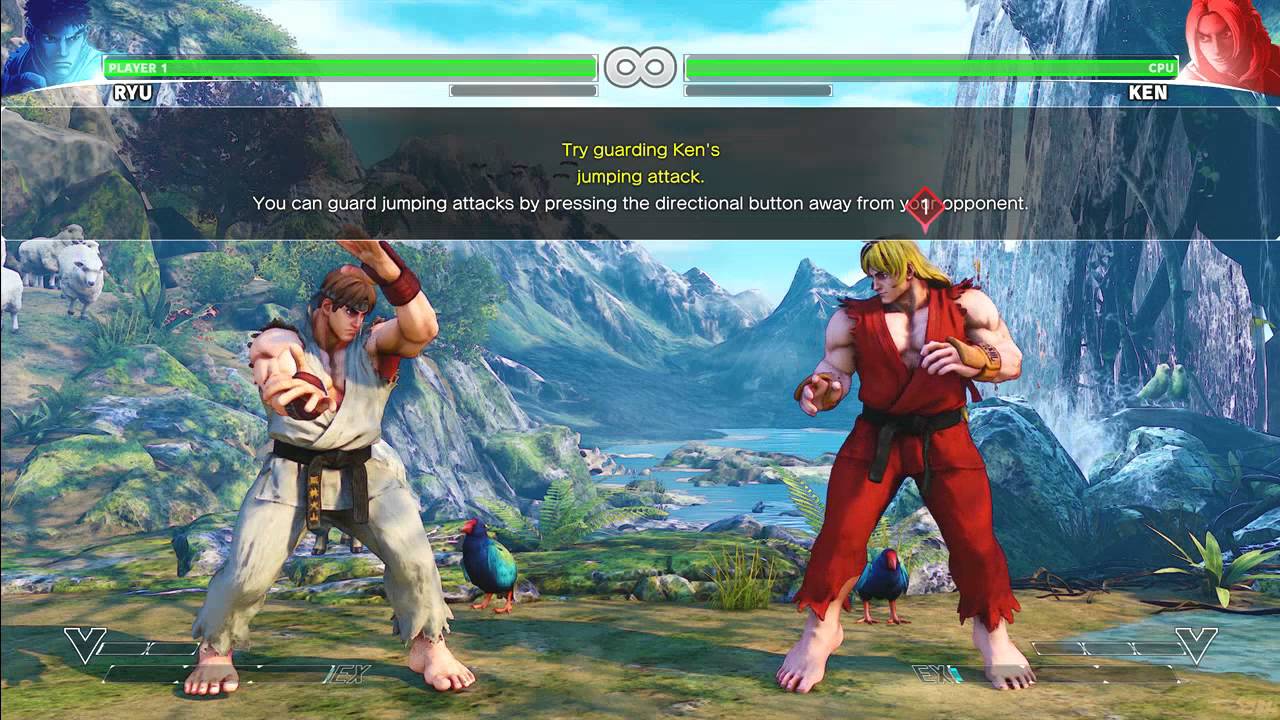 Since board games are multiplayer thingies (pardon my technical jargon), I like to think of video games where the online multiplayer is the main event. They almost always include a single-player story mode as well, but it's usually a brief set of generic missions. It's still fun, but it's very forgettable.

I cannot for the life of me remember the single player story for Rainbow Six: Vegas. And I didn't even play the story in its sequel. But that didn't stop me from playing that game frequently for, what, a year or more with my gaming group?

The so-so single-player is little more than a preamble for the main event. Spend a bit of time learning the ropes, and then play online where the real fun is. Likewise, the board game's solo tutorial doesn't need to be as good as the main event.

Instead, the solo tutorial should satisfy these requirements:

The best way to achieve these goals depends heavily on the game. But there are a few concepts to keep in mind.

First things first, you need the player to have exactly what he needs, which may not be exactly the same as what he would have during the game proper. You're hand-holding him through the game; it's your call what he'll be using. Give him whatever cards, tokens, or other pieces are most useful for teaching what needs to be taught.

Of course, it's also possible that you can have the game set up as normal and then go into the tutorial before the game begins. Again, it depends on the game.

The thing to ask yourself is, what situation would allow the player to gain the most amount of information in the least amount of time?

For example, in Viticulture, the bonus spaces don't open up until you're in a game of 3 or more players. So you might as well start with a scenario with 2 other imaginary opponents. But, you may also include another scenario with only 1 opponent, to demonstrate the absence of the bonus spaces in that situation.

Guide the player through a turn

This is where you might think to introduce some fringe cases or complex rules, but only do this after you introduce them to the basic idea of a turn. Once you have established what a simple turn looks like, the player will be more able to get the harder stuff.

In a post from Stonemaier Games' blog, guest author Morten Monrad Pedersen -- designer of Viticulture's solo Automa mode -- had this to say about his design process:

My approach is to ask myself: Which features of the other player’s presence are at the core of the game experience? I’ll then try to implement a simple “AI” opponent that mimics these features while abstracting everything else away.

In other words, don't make the player walk around the table doing everybody's turns in full. Instead, figure out how his opponents can impact him, and show him that. Morten continues,

In Viticulture, for example, your opponents place workers on action spaces. Here the core feature for you is that this block those action spaces, while the benefits the opponents get are less relevant. Therefore, I had an AI randomly block spaces without getting the benefits.

Running with the Viticulture example, let's teach the player a bit about how to play. For this tutorial snippet, the player is in the Summer phase in a 2-player game, and it's his turn.

Now, having done very little, the player understands quite a few concepts all at once. How to place workers, what the big worker does, and the general idea of a turn.

When you're learning to play a game by watching a video online, the host will often be teaching from a stacked deck. For example, check out this video by Shut Up & Sit Down starting at about the 6:50 mark.

We can use this during the solo tutorial, too. You don't want to overdo it, because finding specific cards for them to stack before the tutorial can be somewhat burdensome, but generally stacking one or two cards should be fine.

Break the Rules (Into Pieces)

It can be useful sometimes to show only a certain portion of the rules at a time and completely ignore the other rules.

For example, in Forbidden Desert, you may want to show the player how the eye of the storm moves around over the course of a few turns. In this case, you may opt to skip the "take 3 actions" part of the turn, and just draw cards from storm deck, moving the storm around for a few rounds.

This is not something that would ever happen during the game (presumably players can think of something to do with their turns), but it demonstrates how the "storm AI" operates. You could also combine this with a stacked deck to show a few particularities to watch out for during the game, such as what happens when the eye of the storm is at the edge of the board.

All this sounds pretty good, but is it actually practical? Not in every case, but I believe that in many cases it is. I could even see using a tutorial book to learn the game, and then having a reference book to go with it (think Fury of Dracula or Eldritch Horror) instead of a standard rulebook.

In fact, there are already board games out there that include tutorials. In the game Dungeon Saga by Mantic Games, the first two quests introduce you to the most of the game's mechanics.

With their permission, I have included an excerpt from their tutorial quests below. 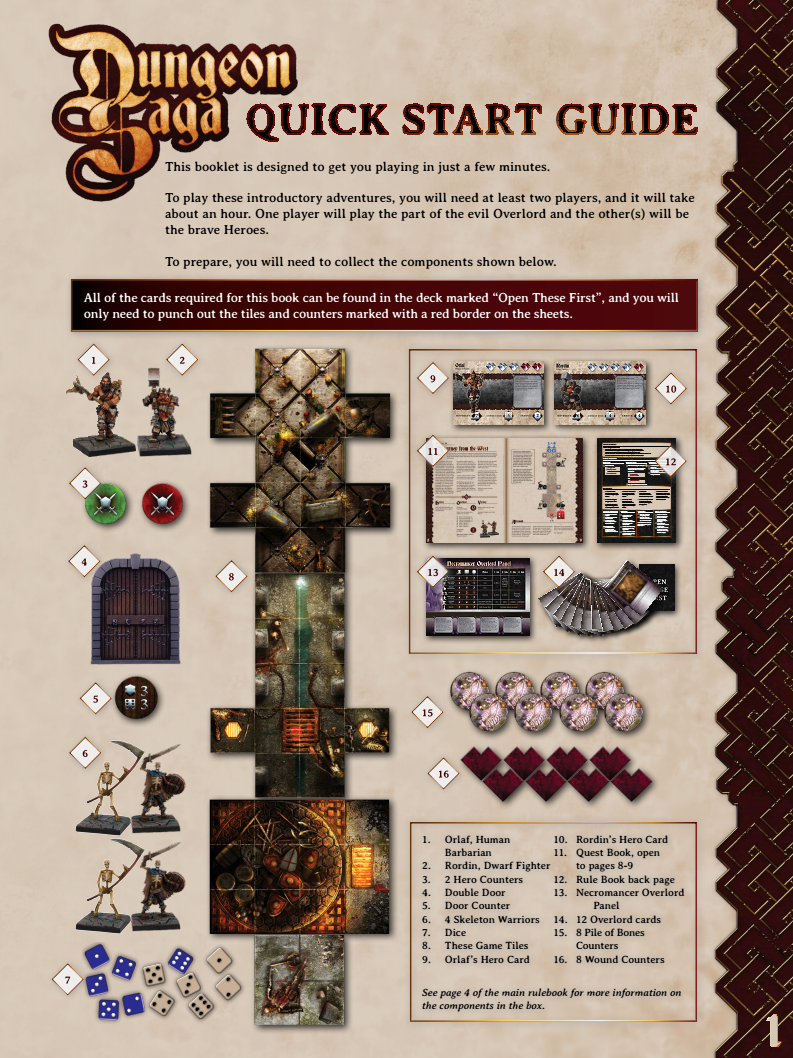 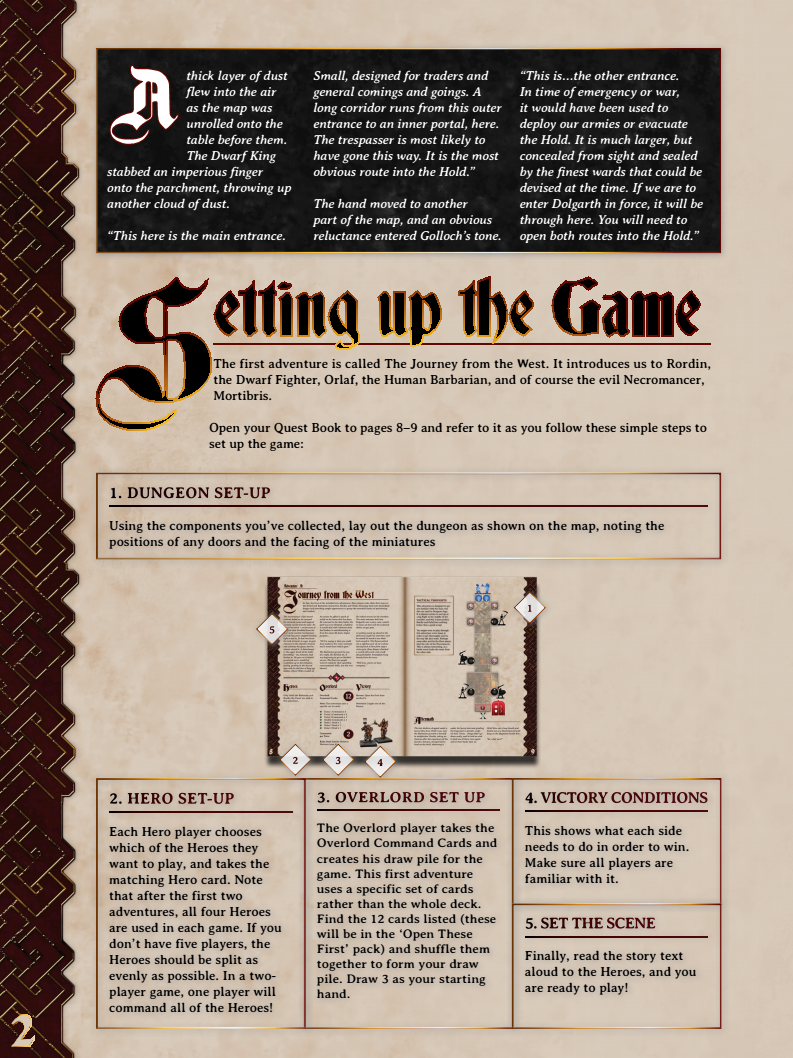 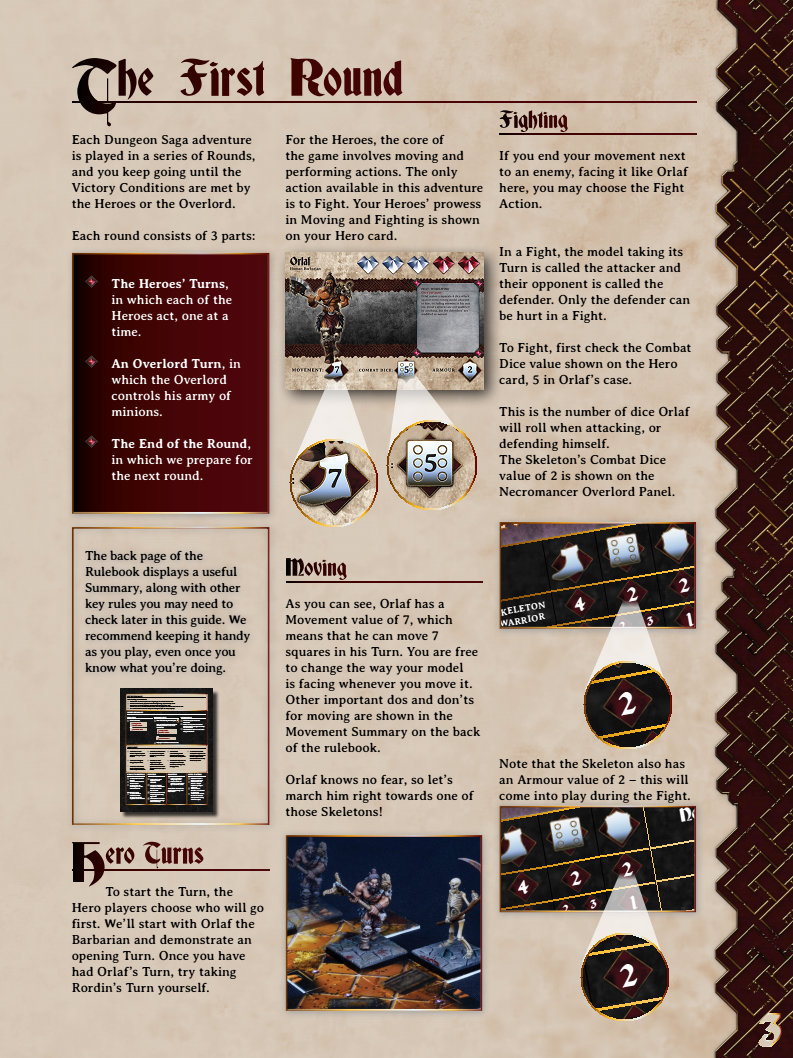 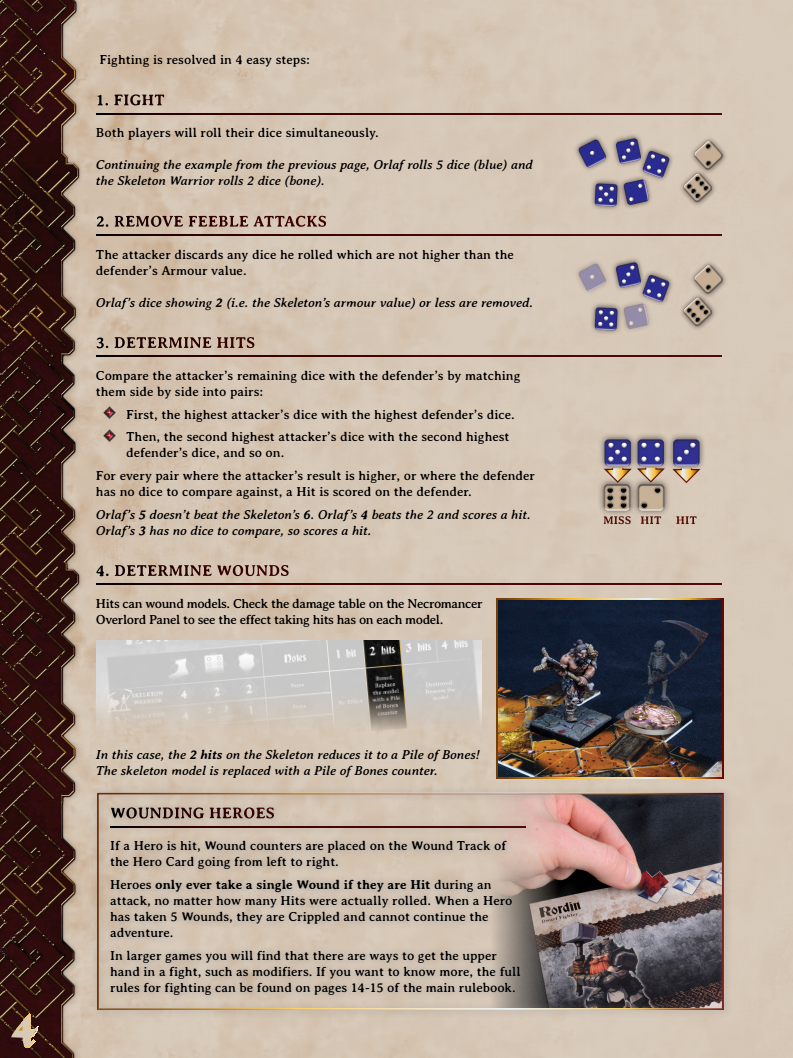 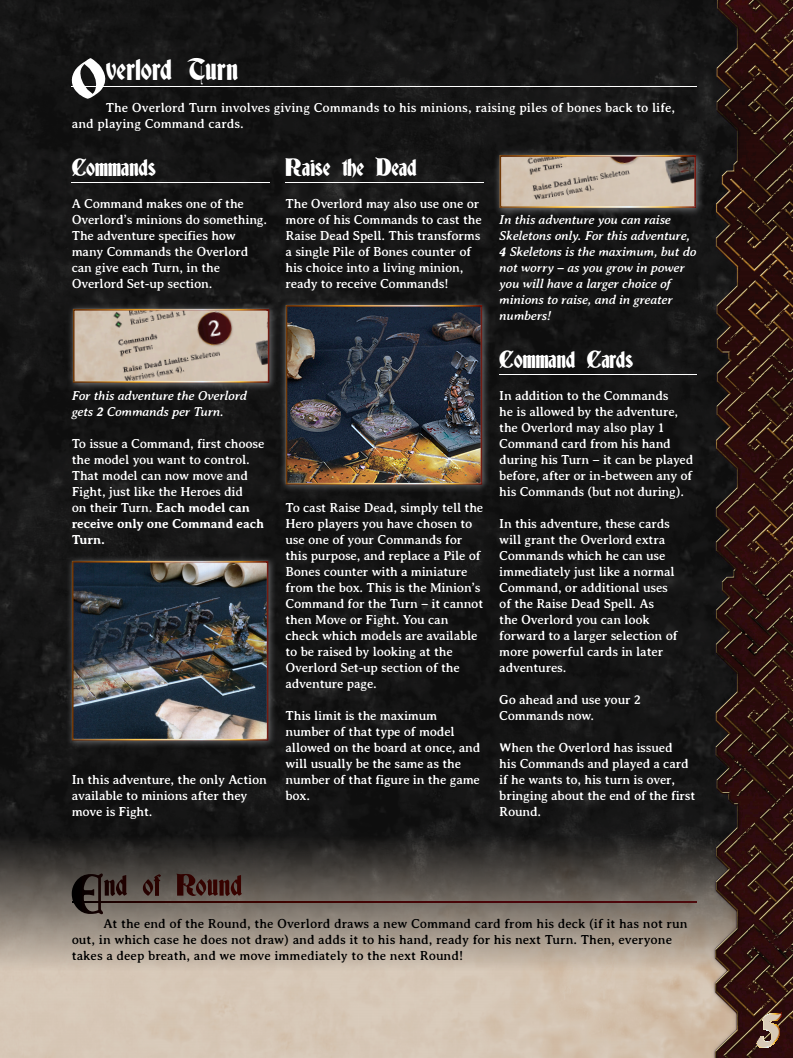 Should Your Game Be Designed to Prevent Cheating?

Stopping cheaters. I've engaged in discussions of this with other designers, and I've gotten the occasional suggestion from playtesters.…