They say that the first step to doing anything is to get started. There's a lot of truth to that, but it's not the whole story.

My problem has always been that I'm a perpetual starter, and I know I'm not the only one. We have so many ideas, but we can't seem to focus on just one for long enough to see it through to completion.

Over time, I've found a few strategies to work around this shortcoming. Even for this article, I kept putting off finishing it because I couldn't come up with images to include. So I finally sat myself down, found some free stock photos, and went with that. Perfect? No. But it's done, and I'd like to think it's a decent piece of work.

For this article, I also asked for input from other game creators about what has helped them finish what they start. What works for one person may not work for the next, but hopefully at least one idea here will be useful to you. 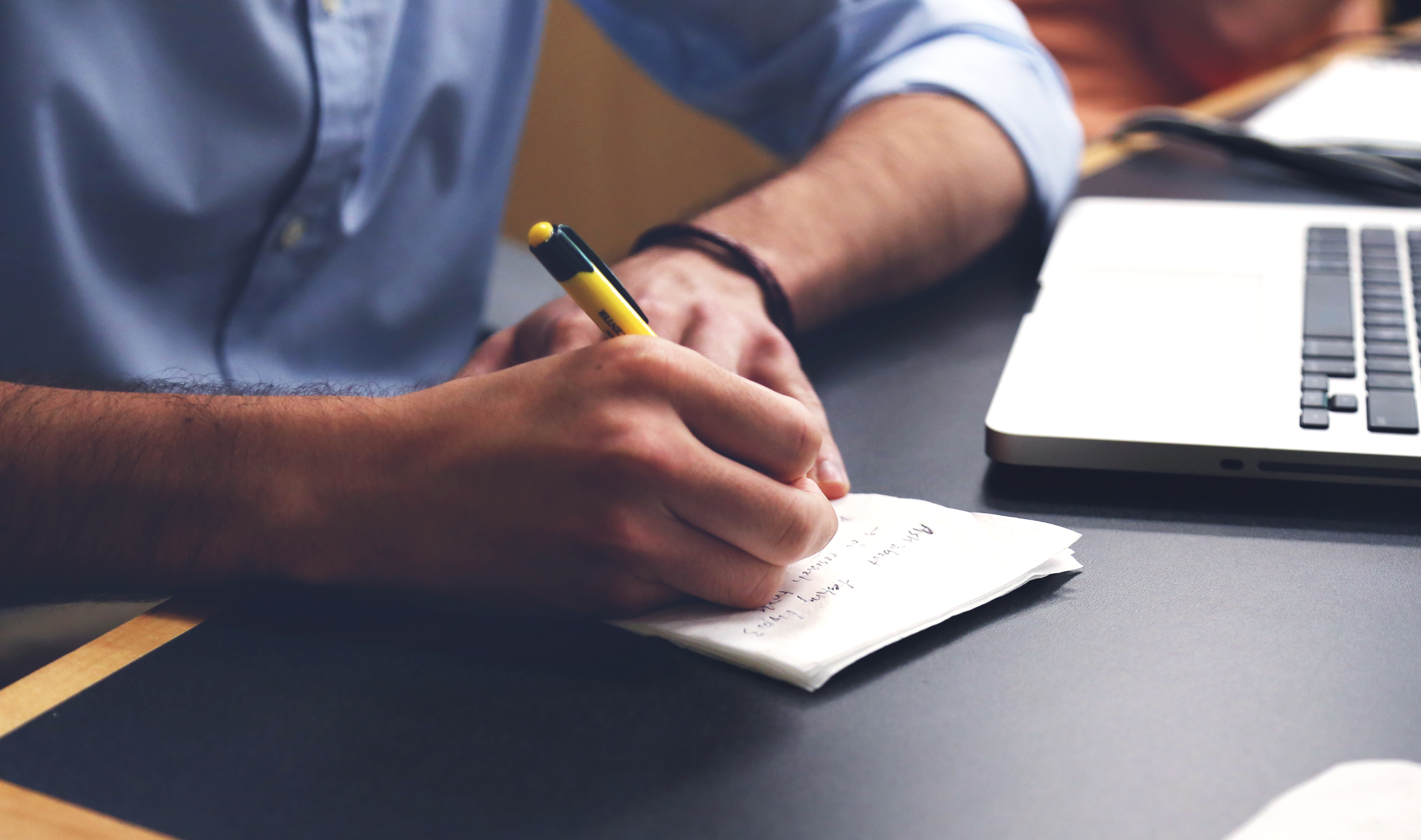 This is pretty straight-forward in concept, and I've talked about it before. In this context, this means a few things:

A pen and paper are your best friends ... By vomiting your ideas onto paper, you're going to do two things:

And... that's all there is to it. The point of this is to capture your ideas somewhere outside your mind, so that you don't have to spend time trying to remember everything. Instead, you'll be able to focus on moving your game ideas forward.

And, although I do recommend keeping electronic notes so that you can easily search and edit your notes, you'll likely benefit from having a pen and some paper on you, too. A pen writes quickly, doesn't need batteries, and you can always transfer your thoughts to a more permanent electronic form later when you have more time.

Or, heck, just keep a well organized journal instead of electronic notes. Whatever floats your boat.

Let Your Obsession Take Over

This is where things start to get interesting. As you capture all of your ideas, you will eventually find that you keep coming back to 2 or 3 specific ideas to expand on them. What if I did it this way instead of that way? Better write it down! Oh, I think I know a good mechanic to convey the feel I'm going for! Write it down!

Eventually, one game idea will rise above all the rest, all because you just had more ideas for it. This is your Obsession Project.

You have to be passionate about the idea. Not just interested, or intrigued, like "that would be pretty cool." It has to be an idea that you get so pumped up about ... that you know somewhere deep down you can't NOT make this game...

When you have a basic set of functional rules for it, then gather up some friends and get them to play it. Admit to them ahead of time that it will probably suck, but that's why they're playing it.

Do not be disheartened when your Obsession Project inevitably sucks.

Nobody ever sat down, thought up a game, then got it published right away much to the adoration of millions of fans, who all cried out that this, THIS is the perfect tabletop game for all occasions.

The important part right now is that you have a game, and it is your soulmate for the foreseeable future.

But the Occasional Break is Fine 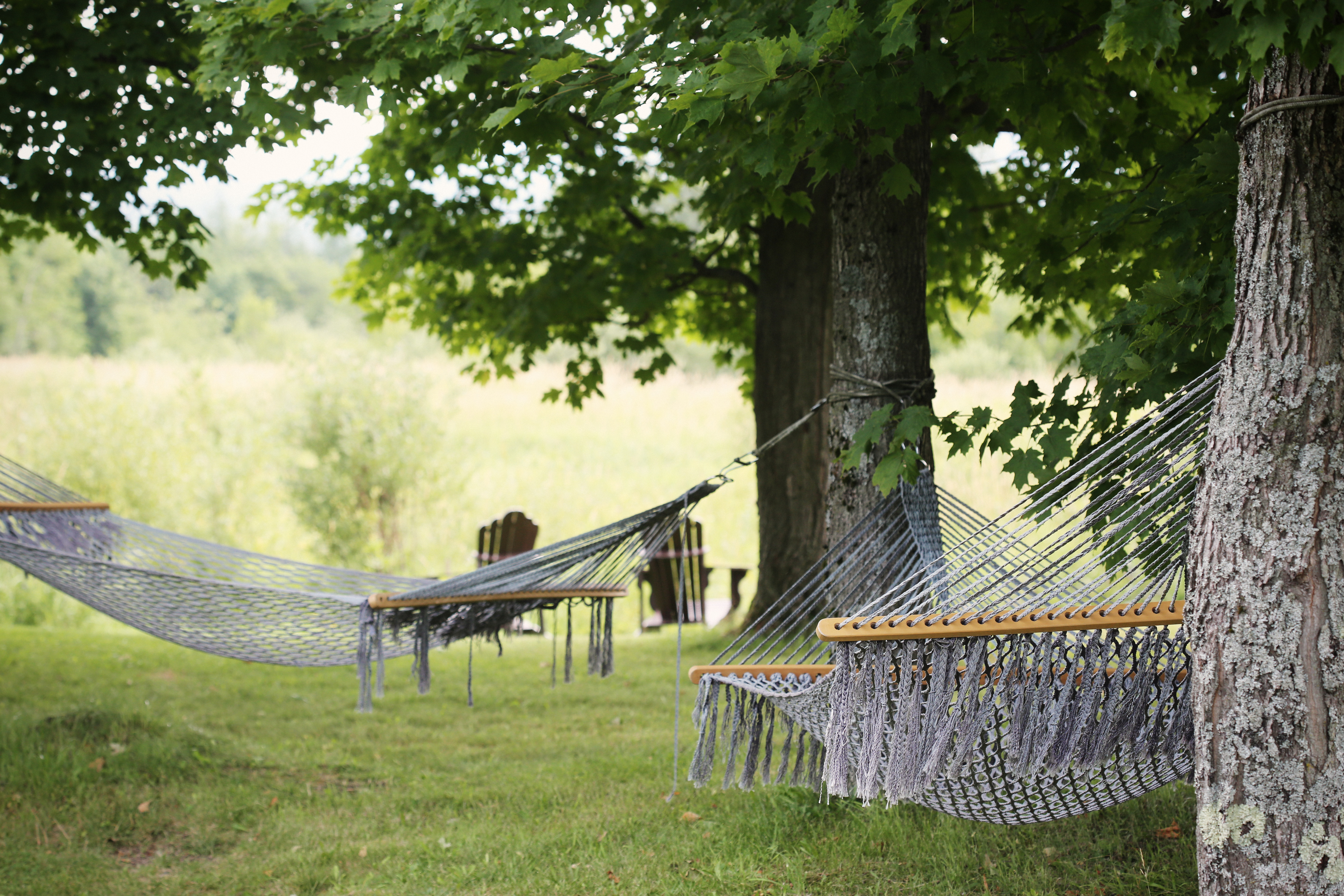 You definitely should love that one project above all others. But sometimes, you've done all you can for that project. You want to keep improving it, but wouldn't know what to do until you've done a few play tests first.

If you've done all you can for your obsession project (at least for the moment), and you just can't think of anything else that needs to change between now and the next play test, then it's fine to start thinking about one of your other projects.

In fact, you might find yourself forming a mental hierarchy. "I'll do this game first, but then this game, and then this game." And then, when you're stuck on your obsession project, pick the next one in the list that you have ideas for and work on that. It's okay to change your mind about the exact order, as long as your Obsession Project is always number one.

But as soon as you have more work you can do on your obsession project, forget about the other projects again.

And while you're working on your obsession project...

Set Yourself Up for Small Wins

Goal-setting was the single most-mentioned topic from the creators I spoke to.

Beth Sobel, artist for games such as Lanterns and Between Two Cities, writes:

I [set] myself pretend assignments. I'll have a topic, a size, a deadline, and a fake use for the illustration. Then I complete it as if it's a job.

Use the same techniques people use to go to the gym. Set deadlines, set goals, when milestones are too far away look for inch pebbles.

... do you feel compelled to get something published and publicly available? ... figure out what will best keep driving you, whether a design partner (a game design version of a gym buddy), strict timelines, specific goals, or something else.

My own version of this is to schedule public play tests. If I have a specific date when I know people are going to be seeing my game, I know that I have to make sure I can put the best version of my game forward on that specific day, and it motivates me to work as hard as I can to make sure the game is ready on time.

But it all comes down to setting small, measurable goals. People keep complaining about how underpowered a specific card is? Focus on making that better, and don't worry about the rest of your game except in how it impacts that card.

The power of doing this is that it keeps you looking at one thing at a time. If you spend too much time looking at 20 different things that need to get done, it can be overwhelming. But by focusing on one small thing 20 times, you'll eventually end up looking back and realizing you actually made BIG improvements on the game.

I alluded to this a bit when I mentioned that I relied on public play tests to keep me on task. Kiva's quote mentioned the idea of the "Gym Buddy," as does Dan:

Get a design collaborator and set aside time to work together so you keep each other focused.

Having a co-designer might not be realistic for everybody, but this extends beyond that. I don't have a co-designer, but my wife and our friends are all supportive of my endeavor to create and publish games, and my play testers, whether friends or strangers, are insanely important to moving my game forward.

If I had decided to make a game, but just kept it to myself, I may have given up eventually, or been happy that I made something without knowing whether it's something people actually wanted to play. But instead, I'm participating in Facebook groups, writing a blog, keeping a mailing list, putting my game (and my introverted self) in front of complete strangers, and making friends with other designers who, frankly, I can't help but admire for having created the games that I already enjoy.

The common element for all of those things is that I'm sharing my obsession with the world. I joined a community of gamers and designers, and I feel a sense responsibility toward them.

All the good intentions in the world can't replace that. And honestly, having written out all those things, it feels a little weird. It seems like a lot more than I actually felt like I've been doing. Which is probably a good thing.

That, I think, is the most important takeaway.

Put yourself in a position where you feel it is your responsibility to succeed -- not for yourself, but for those around you -- and you'll find the motivation to get your game finished. You'll see that, while you were getting things done, it never felt like you were doing all that much, even though all those little things add up to something big.

Should Your Game Be Designed to Prevent Cheating?

Stopping cheaters. I've engaged in discussions of this with other designers, and I've gotten the occasional suggestion from playtesters.…

In my last blog post, I said you're never Almost Done with your game. So, like any good designer…