In my last blog post, I said you're never Almost Done with your game. So, like any good designer should do, I kept play testing SysHack despite feeling like it was at least Good Enough to begin the submission process to my publisher(s) of choice.

The reason why I chose the term Good Enough instead of just calling it Done is specifically because of events like Design Day 2015, the second annual event (though the first one I attended) run by Stonemaier Games for gamers and designers to play test each other's prototypes.

It's because Good Enough doesn't necessitate improvement, but it allows room for it when needed.

Let me tell you what happened.

When it comes down to it, if you are serious about designing a game, that also means you're probably going to want to sell it at some point.

It's not about the money; you're in the wrong field if that's what you want. But you do want to create something for people to enjoy, and for that to happen you need to finish it up and ship it, so people can buy and play the game.

This leads to a question that I'm sure most designers are familiar with: If you're never almost done, then when do you stop developing and start shipping?

The answer, I believe, is in your play tests.

Prior to a late-August play test (not Design Day), it had been several plays since the last real modification to SysHack. Up to that point I had been getting generally positive feedback, and I was fully expecting to receive even more praise.

But after that test, I asked my testers, "Is this a game you'd buy in its current form?" Two people answered no.

It stung. Of course, not every game has to be liked by everybody, but in this case I figured my game ought to have been liked by these specific people; they had both spoken fondly of other games like SysHack. I asked them why they wouldn't buy it, and they began to put to words those nagging feelings that I had already had.

In SysHack, there was (up until then) a card which allowed you to secretly pick another player, who does something depending on what team they're on (hopefully they're on your team). When it comes down to it, this is the only thing that moves the game forward. But if people were playing in a risk-averse way, they would hold off playing that card for a few rounds, and the game would drag. 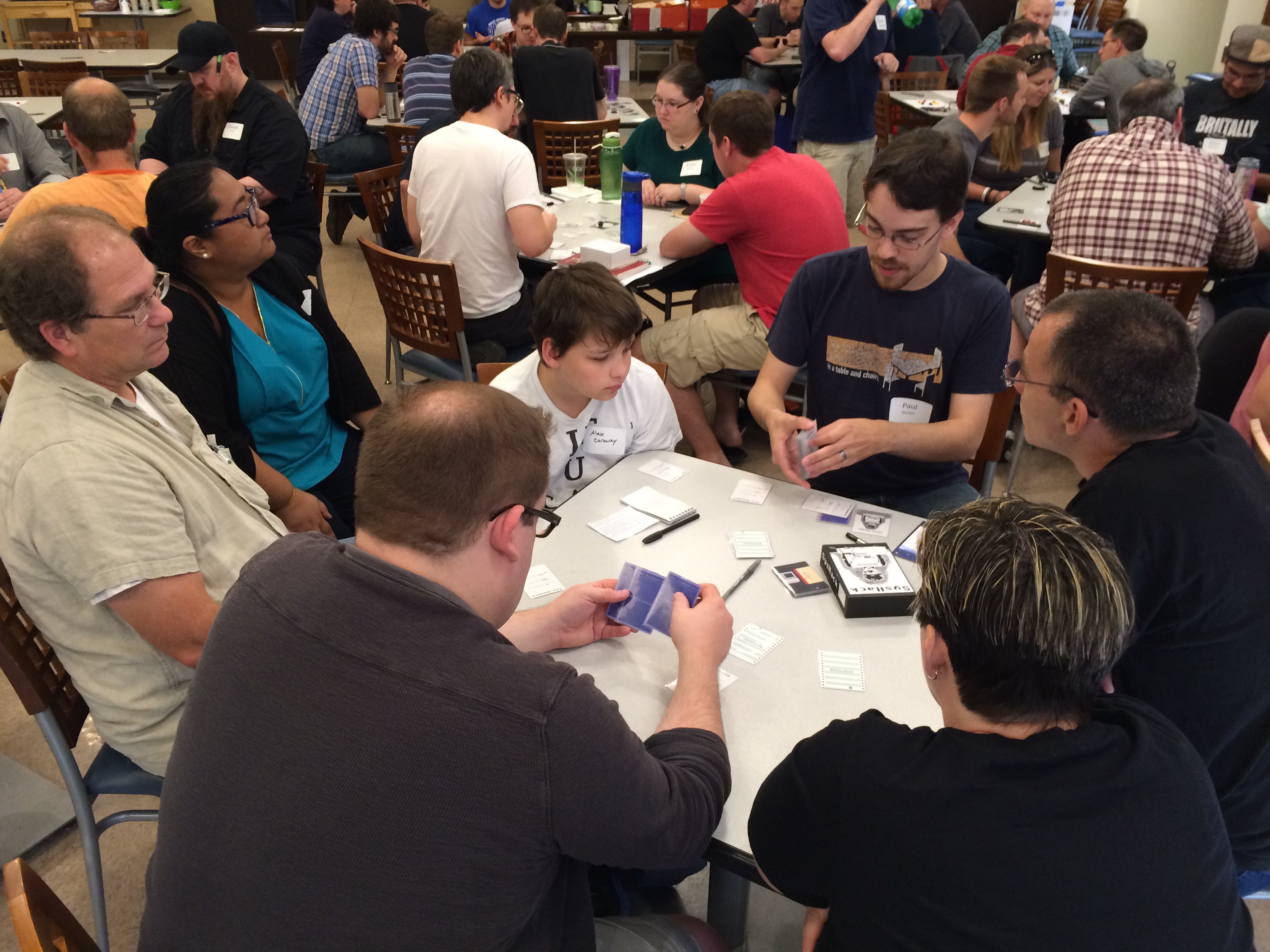 At the suggestion of those two sincerely wonderful play testers who wouldn't buy my game, we turned that card into a "starting player" marker, and made it obligatory to use that power at the end of each round. This one change suddenly improved the pacing and fun of the game many times over.

Other Designers are Your Allies

More recently, at Stonemaier Games' Design Day 2015, we played an updated version of SysHack; the same version which had gotten through WashingCon in early September relatively unscathed. But I had already learned my lesson, and held out for Design Day to get input from other designers (some who have already published their games) before making a decision on the state of my game.

Design Day hinges around an idea that is never really mentioned outright, but that it cannot possibly work without: That when you have been working on a game design, other designers are not "the competition," they're your greatest allies.

This may sound straightforward to some, but I mention it specifically because there seems to be this reluctance for new designers to share their ideas with people who they worry might end up stealing it from them.

Nothing could be further from the truth.

So I asked the other designers a variation on the "would you buy it" question. This time, I asked if they felt the game was ready to send to a publisher.

"It's close," was the general sentiment.

Each game at Design Day was given an anonymous score from 1-10 by each player who played it, and it was a huge confidence boost for me that SysHack scored among the top 10 games, along with some that I myself really enjoyed, such as Dying Lands by Dennis Hoyle (Bellwether Games), a game about rescuing endangered animals. Heck, I enjoyed the non-top-ten games I tried, too.

Dennis teaches us how to play Dying Lands

But all that aside, what was of more interest than my score was the actual feedback. When you design a game, the general non-designer public tends to know whether they enjoyed it or not, and might be able to name a few things they think could improve, in more or less hazy terms.

This is why I compare getting feedback to panning for gold. You get a lot of general ideas, but by sifting through it enough times, you can find a gold nugget somewhere in there.

But where public play tests get you one or two nuggets, at Design Day I got a 20-piece bucket o' nuggets, with little sifting required.

The end result is a sizable list of things that I'm currently working into the game. And then I'll be play testing aggressively to verify my changes.

There Are Many Levels of Good Enough

Prior to these play tests, people have told me that they believe that the game is ready for publishing. Were they wrong? Or was I wrong for agreeing with them? Nope and nope.

I said it before, and I'll say it again. The thing about designing games is that you'll always think of something to change. You'll always have these things nagging at you. Your game is never going to be perfect. But there also comes a point where those nagging feelings don't lead to any improvements, and when it comes down to it, you realize the game is actually pretty fun.

But that doesn't mean you're done testing the game.

In my case, just when I thought I couldn't make SysHack any better, some guy shows up and has a brilliant "why didn't I think of this before" idea. Then, a bunch of other designers do the same thing. With all these tangible ways of improving the game staring me in the face, it would be wrong not to use them. I'd rather that the public be able to play a really fun game later, than to have them play a somewhat fun game now.

With any luck, after these changes are made, this will be the final version of SysHack before I start examining publishing options.

How to Pick One Game Idea and Run With It

They say that the first step to doing anything is to get started. There's a lot of truth to…